The detailed rules of the prayers, fasting, hajj and zakat provide guidance and clarity on how a community is to be formed, which importantly requires an Imam or Caliph - something the prophet (saw) showed how to establish during his mission in Mecca visible in Medina. If the community finds itself in discord and disarray, its members can only blame themselves for not having established the Caliphate as they were instructed. 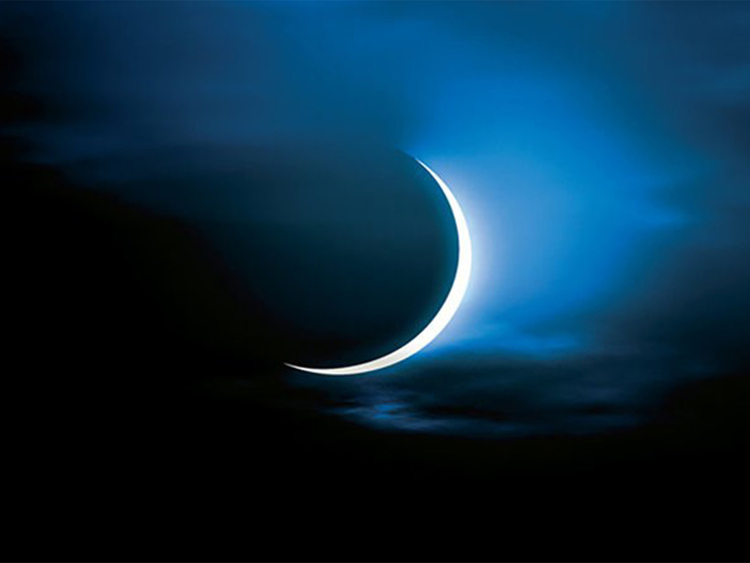 Is there a way out of this impasse?

I believe there is if we read our political context, history and classical scholarship with care.

The main evidences used on this issue comprise the following:

لَا تَصُومُوا حَتَّى تَرَوْا الْهِلاَلَ وَلَا تُفْطِرُوا حَتَّى تَرَوْهُ فَإِنْ غَمًّ عَلَيكُمْ فَاُقْدِرُوا لَهُ
"Do not begin the fast until you see the moon, and do not break the fast (at the end of Ramadan) until you see it. If the new moon is concealed from you, then calculate it (when it should be.)" (Al-Muwatta, 18.1.1)

لا تَصُومُوا حَتَّى تَرَوُا الْهِلالَ، فَإِنْ غُمَّ عَلَيْكُمْ فَأَكْمِلُوا الْعِدَّةَ ثَلاثِينَ
"Do not start the fast or break it until you see the new moon. If the new moon is obscured from you, then complete a full thirty days." (Al-Muwatta, 18.1.3)

Abdullah ibn Abbas narrates a Bedouin came to the Prophet (saw) and said,

Abu Umayr ibn Anas reported on the authority of some of his paternal uncles who were companions of the Prophet (saw) that some men came riding to the Prophet (saw) and testified that they had sighted the new moon on the previous day. He, therefore, commanded the people to break the fast and to their place of prayer in the morning. (Abu Dawud, 1153)

Ibn Abbas reported the Muslims did not begin fasting since they did not see the moon. Then a man came from outside of Medinah and told the Prophet that he saw the moon. The Prophet asked him if he was a Muslim to which the man answered in the affirmative. The Prophet then said, "Allahu Akbar, one is enough for all Muslims." The Prophet fasted and asked the people to stop eating and start fasting (Al-Mabsut 3-52).

We saw from the above narration, the issue is very simple: it times of unambiguity, the moon must be sighted by trustworthy Muslims and in times of ambiguity, the month of Sha'ban should be completed thirty days. As simple as this.

Since the earliest centuries of Islamic history, jurists have differed slightly over the correct method of declaring the beginning of Ramadan, arguing global sighting by witnesses is sufficient for all Muslims, and exceptionally allowing local sightings due to geographical communication constraints - astronomical calculations have been permitted after sightings have been attempted, usually reserved for individuals.

However, it is important not to ignore process from all of these discussions - something I will address in the next section.

If we look at the large corpus of legal works authored under the aegis of these four schools of law, we will find that every method currently followed, in Britain or elsewhere, is discussed.

Relying on astronomical calculations, for example, is an opinion of a tiny minority of scholars who obliged sighting should first take place and if it was not possible due to cloudiness, then calculations could be used. Most scholars rejected this minority opinion, claiming there was an ijma on the obligation of sighting.

Global sighting, meaning following a sighting from a faraway land, has been upheld as the strongest opinion of the Hanafi and Hanbali schools, and, according to some, the Maliki school.

Local sighting, meaning each locality following its own sightings, has been seen as the strongest opinion of the Shafi'i school, and, according to some, the Malikis.

Regarding the number of witnesses required, three positions emerge:

In all cases, they require individuals to be morally upright.

Official Judgement of the Caliph/Imam

The commencement of Ramadan is not a private matter for individuals to determine or declare themselves. Individuals are only allowed to raise possible sightings to the appropriate authority who will then consider whether to accept or reject the sighting and will determine which conditions to consider to declare the beginning of Ramadan and Eid.

This is why books of Islamic law discuss cases where an individual is sure they sighted the new moon, but the judge does not agree, should such a person fast? The commonly stated answer is that such a person does fast. However, this only applies to the person in question; everyone else is to await the official judgement on the matter. This is the opinion of all four schools of law, who differ only on whether such a person must expiate for consciously violating the fast, or not.

The responsibility for making these judgements is that of the Imam or Caliph. This has been agreed upon by all the classical scholars. It is the process that the Muslims applied historically. The differences that arose related to conveying the decision in a short period of time across vast distances. Where this was not possible one saw local sightings.

Since 1924 when the Ottoman caliphate was destroyed and nation states emerged, the conflicting and disputes over Ramadan and Eids have magnified.

This is the process that works of sacred law attest to. The communal nature of Ramadan and Eid cannot be realised if a society is divided over when it starts and finishes the month. This process prevents that from happening - especially in an age where global communications communicate decisions instantaneously.

Islamic scholarship was categorical on this point - the fifth-century Ash'ari and Shafi'i jurist and theologian Imam al-Juwayni for instance notes the importance of Khilafah in these matters:

The detailed rules of the prayers, fasting, hajj and zakat provide guidance and clarity on how a community is to be formed which importantly requires an Imam or Caliph - something the prophet (saw) showed how to establish during his mission in Mecca visible in Medina. If the community finds itself in discord and disarray, its members can only blame themselves for not having established the Caliphate as they were instructed.