This is an oft-asked question and the best occasion to answer this question is the issue of Osman II, for the answer thereto was given in the Incident of the Assassination of Osman II. First of all, we should summarize the stipulations for Hajj to be obligatory (fard): To be a Muslim; to be mentally sane; to have reached the age of discretion; to be so rich as to cover the expenses for Hajj, both for provisions and journey; to be aware that Hajj is compulsory; safety of the journey. After this brief explanation, let us seek the reply to that question why the Ottoman Sultans did not go for Hajj:

1) According to Islamic Legislation, al-Jihad is a fard al-kifayah (duty the observance of which by some will absolve the rest) for Muslims. For this reason, a Muslim, as an individual, will be able to prefer Hajj, which is a fard al-ain (duty applicable to all), unless there is an apparent danger of an enemy to Jihad, which is a fard al-kifayah. Thus Jihad would not form an obstacle for individual Muslims' performing Hajj, with the mere exception that there arise a requirement for those Muslims who would go for Hajj so that the enemy could be overcome. And that is where the decree for Caliphs and Sultans differs from the other Muslim individuals. That is, Jihad, i.e. eliminating the enemy's attack and thus ensuring the Muslims' safety and if and when so needed fighting is an absolute obligation (fard al-ain) for Caliphs and Sultan. When the Blessed Prophet was asked which deed was more virtuous, he replied they were belief in Allah and His Prophet, Jihad in His Divine Cause and Hajj al-Mabrur respectively. The reason thereof is obvious: Protecting Muslims' lives, properties and chastity is among the public rights, also known as Hukukullah, viz. it is a devotion pertaining to the public. Sometimes a matter of public rights becomes more important than personal obligations (fards). And this is the same case here.

All the Ottoman Sultans up to Selim II spent half their lives on campaigns of Jihad for the Divine cause of Allah. As a matter of fact, the Islamic scholars issued fatwahs (judgments) that the Sultans should prefer Jihad that was incumbent upon them as fard al-ain in quality of Hukukullah (public law) and the maintenance of the order of the world to Hajj, a personal obligatory deed. While Bayezid II was intending to go for Hajj when he was Governor of Amasya, with a letter undersigned by Grand Vizier and the other leading statesmen he was advised to have to sit on the throne with no delay at all leaving making Hajj to the public and those who was not involved in administering the State or otherwise he would cause the enemy to be encouraged to attack Muslims.

Likewise, Sultan Osman II, who was insistently willing to make Hajj the price of which he paid with his life, was given by Es'ad Effendi, Shaikhulislam and his father-in-law, exactly the following fatwah summarizing this decree of the Islamic Jurisprudence (al-Fiqh): "Hajj is not incumbent upon Sultans; they would rather sit on the throne and do the justice lest an instigation should arise". Again, Aziz Mahmud Hudai, the most eminent personage of the time, endorsed that fatwah, earnestly warned Osman II so that he should abide by that fatwah. As a matter of fact, the statement of Yahia Effendi, who was reproved by the Sultan to have provoked soldiers in that matter and later appointed as Shaikhulislam, was entirely in accordance with the criteria of the Islamic Jurisprudence:

"O my Sultan! Far it be from the scholars who pray for your good to provoke bandits. Nevertheless, we sincerely were unwilling to consent to that your wish, for your forefathers did not perform it, did not go for that journey. And this is all our sin, if any."

While on the other hand, the following expressions that summarize the rumors that spread in public and in the army expound the matter:

"Sultans have ever given up Hajj for the maintenance of the order of the world. It is wrong to leave Mamaliq al-Makhrusah (the Imperial Ottoman Dominions, as divinely protected) in the existence of the possibility that the enemy appear and cause instigation throughout the country." 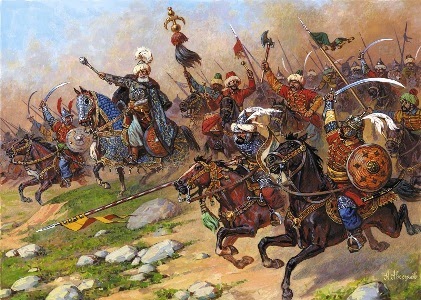 ©
2) In explanation of the stipulation of having a sound body, some Islamic legalists stated that even if a person was healthy, being imprisoned or being afraid of a tyrannical administrator preventing him from making Hajj would hinder the performance of Hajj; and they came to the conclusion that the Sultan - and those statesmen in the same situation - would also be regarded as confined and that Hajj would be compulsory for the Sultan only from his personal properties other than the public goods and that as long as that excuse continued to exist he might not be able to go for Hajj until his death. And in a century when the means of transport were not yet so sophisticated as those of our time and the task of Hajj took at least three months it comes to mean being incognizant of the Islamic Laws to think that the Ottoman Sultans should have performed the duty of Hajj. As a matter of fact, it can not be asked why the Ottoman Sultans, who spent half of their lives on fronts, went for Jihad as far as Egypt but did not go for Hajj, for a Sultan who went on a campaign at the head of the army as a Mujahid (Warrior of Islam) could not be the same as one who left his country alone for three months for his personal devotions. The most substantial example of this was the reaction of not only the army but of the public against Osman II. Again, Islamic scholars expressed that Hajj (pilgrimage) was not obligatory for 20 years after 326 A.H./ 937 A.C. because of the rebellion of Karamita Group, which violated the safety of route, which is one of the stipulations of Hajj, for Hajj travelers might be confronted with anarchy on their way.

To sum up, it was not compulsory by Islam for the Ottoman Sultans to make Hajj. Nonetheless, they certainly sent someone else in their lieu. Still, it is said that Sultan Abdulaziz secretly made Hajj in disguise. However, there is no document in hand to evidence this. (Source: Prof. Dr. Ahmed Akgunduz)