(60.9k points):
Islamic researcher, graduated from Al-Azhar University, Islamic Studies in the English language. I also studied at Temple University in the US.
6 Helpful
0 Unhelpful
In a Nutshell:
Bukhari is the most authoritative, educated Sunni scholar in the field of hadith narration and hadith criticism in the Islamic history. He compiled the most recognised and authoritative compilations of ahadth (sayings of the prophet) after the Qur'an famously known as Sahih al-Bukhari. His work was impartial and free from political interference.

Bukhari's actual name is Abu Abdullah Muhammad al-Bukhari 194-256 A.H. He was labeled 'Amir of believers in the field of hadith.' He was born in Bukharah in modern day Uzbekistan. He studied Islamic studies from his childhood and all over his lifetime. He had a very strong memory, able to remember anything he memorized in exact order. 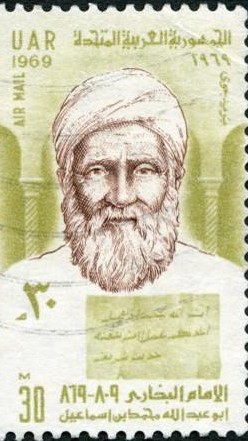 ©
By the age of 16, he had memorized many of his scholars' books of hadith by heart.

He used to say:

Bukhari used to travel across the Abassid territories studying hadith and hadith criticism. He traveled twice to Syria, Egypt and the Arabian Peninsula, staying there for a number of years. He also traveled to the Basra, Kufa and Baghdad, the centers of Islamic studies of the time, many times and lived there studying for many years. He also traveled to Khorasan, Naysabur (in modern day Iran) and other regions with the sole aim of compiling and preserving ahadith, along with the biographies of their narrators. (Zakarya al-Ansari, Tuhfat al-Bari, Vol. 1, p. 6)

These travels and focused endeavour enabled Bukhari to become the best hadith scholar of his time, unmatched even till to today.

In the light of the prominence of his journeys and works, few are aware of the large number of scholar he studied under, Ibn Hajar al-Asqalani estimating it to be around a thousand of trustworthy scholars of his time. (Ibn Hajar, Fath al-Bari, Vol. 1, p. 479)

"There is no one lives under the sky has more knowledge of hadith than Bukhari." (Tadhkirah, Vol. 2, p. 222)

Bukahri lived in the Abbasid era. The establishment of Tahiri State (205-259 A.H.) was contemporaneous with the initiation of his scholarly journey. The Tahiri State paid considerable attention to Islamic studies education especially in Naysabur and Khorasan where Bukhari lived. This period saw a stronger interest in theology, hadith, fiqh, poetry and Arabic literature than any other.

It is for this reason a large number of scholars appeared in that period, such as Qasim ibn Salam, Kulthum ibn al-Harith and others. After the end of Tahiri State, and before the establishment of Safaryah state, Bukhari passed away.

His Teachers and Narrators

In such a scholarly environment, Bukhari studied under the most well-informed and trustworthy scholars in his time. Ibn Hajar classified his teachers, narrators into five categories:

1. Narrators from tabi'i at-Tabi'in (ra) (the successors of the successors, i.e. those who heard directly from the companions' students): Muhammad al-Ansari, Maky ibn Ibrahim, Abi 'Asim an-Nabil, 'Ubayd Allah ibn Musa and others.

2. Narrators who lived in time of at-Tabi'in but did not heard directly from them: Ibn Abi Iyass, Ayub ibn Sulyman and others.

4. Colleagues narrators who help him to reach narrations he could not heard directly from their teachers: Abi Hatim ar-Razi, Muhammad az-Zuhali and others.

5. His students who studied under others narrators whom he did not met, so he heard from them for more elaboration. But he did not narrated much on their authority: Abdullah ibn Hamad, Abdullah ibn Abi al-'Ass and others. (Ibn Hajar, Hady as-Sari, p. 479, Zahabi, Syar A'lam an-Nubala', Vol. 12, pp. 394-396)

Bukhari authored more than twenty works, some of them have been edited and others are still manuscripts. The most important of them are the following:

2. al-Adab al-Mufrad: It was first named Juz'u-mia al-Adab, but it was knowing by the name found in one manuscript. It is a topical book of hadith. It provides a wide range of prophetic traditions in the matter of ritual and moral education.

3. at-Tarikh al-KAbir: One of the best books in the field of al-Jarh wa at-Ta'dil (contesting and amendment of narrators). It is alphabetically organized according to the narrators' names.

4. At-Tarikh as-Saghir: A short historical biography of the Prophet (saw) and his companions as well as the narrators until 256 A.H.

Bukhari suffered during his lifetime from the rulers' prejudice. For example, he moved to Naysabur to resident there and he became a popular figure. He did not like being under the rulers' authority, as the local rulers did not like his popularity especially when it was not attributed to them. They forced him to return to his birthplace again.

When he return to Bukharah, many gathered to be educated under him. When the local emir heard this, he sent a messenger asking him to come to his palace to teach him and narrate ahadith. Bukhari responded to the messenger in a way elaborates his way of life especially in regard to the relationship between politics and Religious studies. He said:

"Tell him (the emir), 'I don't humiliate the 'Ilm (science) and I don't carry it to the doors of rulers. If he needs anything from me, he could attend my lectures in the Mosque or (visit) me in my home. If he dislikes either of them, he, as the ruler, could prevent me from teaching and it will be a good excuse in front of Allah in the Day of Resurrection, as I don't hide knowledge (without teaching it).'" (Mazzi, Tahdhib al-Kamal, Vol. 24, p. 464)

The emir did not like either of the two choices, so he expelled him form the city to Khartank near to Samarqand in Uzbekistan where he passed away (256 A.H.).

Imam Bukhari was, and still, is the most respectable scholars in the Islamic history in the fields of hadith and hadith criticism.

He suffered considerably to reach that rank of scholarly position. The educational and political environment allowed him to travel all over the Islamic world to study under the best, knowledgeable and trustworthy scholars of his time. He was not one who tried to work with the rulers of his time, nor for himself, but worked selflessly.