(60.0k points):
Islamic researcher, graduated from Al-Azhar University, Islamic Studies in the English language. I also studied at Temple University in the US.
1 Helpful
0 Unhelpful
In a Nutshell:
The classical Shi'a books cited narrations, similar to Sunni classical scholarship, that narrate A'isha (ra) married the Prophet (saw) when she was seven and the marriage was consummated at the age of nine.

Muslims, and the critics of Islam as well, before the 20th century did not find any problem with the marriage of the Prophet (saw) with A'isha as it was historically and socially accepted. No Muslim throughout history doubted her age at marriage.

At the start of the 20th century, the British historian and orientalist David Samuel Margoliouth (d. 1940) was one of the first orientalists to criticise this issue in his book "Mohammed and the Rise of Islam" published in 1905.

Some Muslim reformists, such as the literary writer al-Aqad, followed by most contemporary Shiites that I have reviewed, began responding to his claim and by unpersuasively denying the Prophet (saw) married A'isha when she was nine, claiming instead she was twelve or fifteen years old. This was a clear case of appeasing criticism by distorting the available evidences and existing scholarship.

Contemporary Shi'ites believe there is no mention of the age of A'isha in their books and have begun repeating the arguments presented by the Sunni modernists and reformists.

The Lebanese Shiite scholar Jafar Murtada al-Amili for instance says on his website:

On the contrary to what contemporary Shi'ites claim, we find in Shiite books of jurisprudence concurring with the views of Sunni scholarship.

The sixth-century leading Shi'ite scholar Abi al-Fadl al-Tabrasi when he mentioned the wives of the Prophet (saw) stated:

For example, the Iraqi jurist Muhammad at-Tastiri commented on the issue of women's puberty: 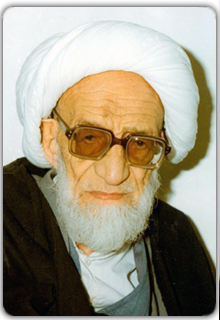 He referred to a narration narrated in the classical books of Shi'a, for example:

The classical books of Shi'a cited narrations, similar to Sunni classical scholarship, that argue A'isha (ra) married the Prophet (saw) when she was seven and the marriage was consummated at the age of nine. Contemporary Shi'ite scholarship has changed position in response to orientalist critique.