(2.1k points):
3 Helpful
0 Unhelpful
In a Nutshell:
Such a proposal to resolve the Israel-Palestinian problem is not only prohibited in Islam, it makes no sense, and cannot practically work. It seeks to legitimise an illegitimate occupying state and create a subservient client state under its dominance to give it legitimacy. 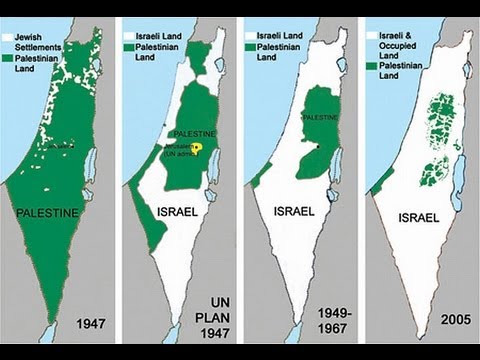 ©
The argument of a two state solution is not only rationally flawed, but also Islamically flawed.

Firstly, no serious political analyst views the two state solution as viable, because:

From the Islamic perspective, the two state solution is not valid.

To accept it, means to accept the right of Israel to exist. No Muslim has the right to say or do that. When the last great Khalifah of the Muslims, Abdul Hamid II, was asked to give a part of Palestine to the Jews, he responded:

"Please advise Dr Hertzel (Zionist) not to make any serious move in this mater. I cannot give up even one small patch of land in Palestine. It is not something that I own as a part of my personal estate. Palestine in fact belongs to the Muslim Nation as a whole. My people have fought with their blood and sweat to protect this land, let the Jews keep their millions and once the Khilafah is torn apart one day, then they can take Palestine without a price,to have the scalpel cut my body is less painful than to witness Palestine being detached from the Khilafah state and this is not going to happen"

Palestine doesn't belong to any ethnic group. It belongs to the Ummah. Islam was brought to that land by the Sahabah (not Palestinians). The land was annexed to the Khilafah. It was liberated by Salahudeen (not a Palestinian but a Kurd) and annexed to the Abbasid Khilafah.

Many of the expedient arguments used today were around at the time the Crusaders occupied Palestine. Nothing happen for 90+years until Salahudeen addressed the issue. One should read his biography to learn some lessons.

If something is classed as haram, then you cannot "invent" an intermediate solution.

One needs to show sabr (patience) and persevere for that which is right and trust in Allah swt. It's like allowing someone whose imaan is weak and doesn't have money to marry. No scholar will say "get a girlfriend in the mean time to address your immediate needs until you are able to get married".

Islam teaches us sabr and tolerance for a reason, so we don't compromise with that which we are not allowed to compromise with and we strive with halal means. The 13 years of seerah in Mecca is ample evidence for this.

The Shar'ia ruling is clear and unambiguous. Allah (swt) says in Surah Baqara "Expel them from wherever they have expelled you..."

Such a proposal to resolve the Israel-Palestinian problem is not only prohibited in Islam, it makes no sense, and cannot practically work. It seeks to legitimise an illegitimate occupying state and create a subservient client state under its dominance to give it legitimacy.