It is important to note that history is always written from a particular perspective and can be influenced by various biases and agendas. As a result, it is not uncommon for certain aspects of history to be distorted or presented in a biased or incomplete way. Ottoman history has been subjected to distortion and propaganda by many Western orientalists and nationalists who portrayed the Ottoman Caliphate as just an empire, little different to other empires, with salacious Sultans and obscurantist scholars. They argued the Ottomans killed and raped non-Muslims and carried out genocides with few to counter this propaganda.

Contemporary Ottomanists and scholars praise the Ottoman institution for its administration, institutions, justice, tolerance, diplomacy, and military might. The Ottomans actually ruled by Shari'a which gave protection of life, property, and honour to all non-Muslims and allowed complete freedom of religion.

Toledanoargues the increased scope and sophistication of Ottoman studies makes a uniform view difficult to justify:

"...that the processes that unravelled during the period of so-called decline as manifestations of remarkable adaptation to changing realities, which reflect the resourcefulness, pragmatism, and flexibility of the Ottoman imperial system, rather than its ineptitude". Overemphasis on local and Arab historiography, "has managed to submerge imperial history and pronounce the virtual disintegration of Ottoman central authority, its projected power, economic significance, and sociocultural influence".

"Recent work concerning Ottoman provinces, often focused on the Arab world, has permitted us to better understand the dynamics inherent in seventeenth and eighteenth-century decentralisation, which can no longer be regarded as a manifestation of 'Ottoman decline' and a precondition for proto-nationalism."

The Ottomanist Carter Findley in his research explains how the complex Ottoman system fundamentally changed between 1603 and 1838. Whilst scholars saw such changes as a decline, if certain things fell during this period, others rose with no single upward or downward trend emerging over the two centuries. He goes on to say "Even the shorter-term trends mask divergent trajectories followed by different parts of the imperial system." Analogously, the period seventeenth and eighteenth centuries are characterised as decentralisation and weakening state power:

"yet the formation of new provincial power centres signify emergence of new interlocutors between state and society and the creation of denser centre-periphery linkages, at least until late eighteenth century crises provoked a trend back towards centralisation."

Rather than speaking of Ottoman decline, it would be more accurate to say that what had occurred was an adjustment of Ottoman methods of rule and the balance of power within the empire to changing circumstances. 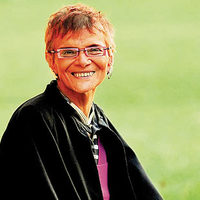 Suraiya Faroqhi, a leading Ottomanist expert, cites earlier scholars who realised with the commencement of archival studies, details as well as major generalisations would need to be modified or even totally discarded. She cites errors present in secondary literature passed over by generations,
"Some errors may be just amusing, such as the story that the heads of the Ottoman religious-cum-legal hierarchy, the seyhulIslams, if executed, were ground to death in a gigantic mortar and pestle... Others are more serious and have much hampered research, such as the inclination to explain anything and everything by Ottoman decline."

"Given the nationalist logic of the nineteenth- and twentieth-century history writing, the Ottoman legacy has been difficult to assess and appreciate. The biases come from many sides... Old fears have persisted to the present day and arguably have been transformed into cultural prejudices... Moreover, nationalist histories have dismissed the place of the multi-ethnic, multi-religious formation in historical evolution... In the more than thirty countries that now exist in territories once occupied by the Ottoman Empire the Ottoman past until recently has been largely ignored and/or considered in extremely negative terms."

Others have argued Arabs and Turks in seeking a new identity and foundation for their states exhibited similar hostility, preferring to go back to the Pharaohs, Kings of Babylon and the Hittites of pre-Ottoman Anatolia. This hostility and often vilification, appears less to actual Ottoman policies and more to their state building processes.

Doumani's study of the Arab region of Ottoman Palestine notes:

"...most Arab nationalists view the entire Ottoman era as a period of oppressive Turkish rule which stifled Arab culture and socioeconomic development and paved the way for European colonial control and the Zionist takeover of Palestine... The intellectual foundation for this shared image can be traced to the extensive literature published during the nineteenth and early twentieth centuries by Westerners bent on discovering... the Holy Land from what they believed was a stagnant and declining Ottoman Empire"

A number of historians cleared up Western cultural propaganda by stating facts which present the Ottoman Caliphate in a new light in relation to their minorities.

"It is an undeniable historical fact that the Turkish armies have never interfered with the religious and cultural affairs in the areas they conquered." (J. W. Arnold)

"Jewish people must always recall the Ottoman Empire with gratitude who, at one of Judaism's darkest hours flung open its door widely and kept them open" (Cecil Roth Historian)

"An important testimony to the toleration of Moslem rule is the fact that even persecuted Christian and other sects took refuge in Mohammedan land to enjoy there the undisturbed exercise of their several cults." (Felix Valvi, London, p.925)

"The Ottoman Empire would not have lasted for six hundred years... You cannot for six hundred years suppress, subdue or bully a lot of people of different ethnic groups. And in any case, if you ill treat your subjects, then the tax is not collected from them." (Prof. Jeffrey Lewis of Oxford University)

"The Ottomans had one of the most tolerant policies towards non-Turks of any empire of its day. The three communities of Jews, Greeks and Armenians were virtually autonomous within the empire." (P.F. Peters, The Australian, 1994)

"It is well to remember that when the Crusaders were butchering their Moslem prisoners in Palestine, when the horrors of the Spanish Inquisition were in full swing, when Cromwell's troopers were massacring the Catholics of Ireland... when Protestants in France were being exterminated by order of the French king, when Jews were being subjected to countless persecutions and barbarities in every European country... Moslems, Christians and Jews were dwelling side by side, in perfect amity in Asia Minor." E Alexander Powell, The Struggle for Power in Moslem Asia, 1925, p.120)

"The Turks, as a nation, are almost ludicrously innocent of the propagandist's art... The Ottoman institution came perhaps as near as anything in real life could to realising the ideal of Plato's Republic." (Arnold Toynbee)

"The religious toleration of the Ottoman Government was complete and the state never interfered in anyway with what the Christians did or taught in their schools or the churches... It was impossible to desire more absolute liberty of worship or teaching." (Gratan Geary, Through Asiatic Turkey, London, M.S. and R. Sampson, 1878)

"The tolerance shown to foreign beliefs and hostile faiths by the Ottoman law and Ottoman officials which enabled them to establish their own religious institutions and to shape their own education was such that... the thousand year old Liberty reigning in France in the field of sects and beliefs, dating from the times of the ancient Gaul, could not be compared with it." (Talcot Williams, Turkey, A World Problem of Today, 1922, p. 194)