In 2008, the US National Intelligence Council (NIC) admitted America’s global power was on a declining trajectory. In its periodic futuristic report, Global Trends 2025, it said:

“The international system – as constructed following the Second World War – will be almost unrecognizable by 2025. The transfer of global wealth and economic power now underway, roughly from West to East” and “without precedent in modern history, is the primary factor in the decline of the United States’ relative strength…. Few countries are poised to have more impact on the world over the next 15-20 years than China.” (Global Trends 2025, A transformed world, National Intelligence Council (NIC), 2008)

Every national intelligence estimate since then and every report by every government agency has identified China as America’s greatest threat. The competition between China and the US is now the defining feature of the global system. The 200 or so nations of the world are being forced to make a choice between a declining America or China the rising dragon. Today, as far as the US is concerned, China needs to be contained just as the Soviet Union was contained during the decades-long Cold War.

The Cold War was an ideological battle between the capitalistic West and Communist Russia saw the Americans attempt to contain the communist threat. In South Asia, Pakistan became a key nation for the US containment strategy in the region and was showered with aid and military equipment. This relationship became even more important when India, although publicly a part of the non-aligned movement, developed close military, political, economic and diplomatic ties with the Soviet Union. Relations between the US and India remained hostile due to this. This made Pakistan even more important for the US if it wanted to stop the expansion of communism into South Asia. The US needed Pakistan in South Asia for its containment strategy. 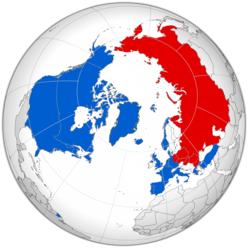 ©
Pakistan, which was a new state, born from a divorce with the larger India didn’t necessarily see things from a communist expansion perspective. On a visit to the US in 1954, General Ayub Khan, before he was head of state, famously told American Brigadier-General Henry A. Byroade:

“I didn’t come here to look at barracks. Our army can be your army if you want us.” (See here)

When the Soviets invaded Afghanistan in 1979, Pakistan armed and trained the mujahideen with more than $20 billion funnelled into Pakistan, one of the largest covert programmes by the US.

When they withdrew in 1989 and as the Berlin Wall came down, signalling the end of the Cold War, the US lost interest in South Asia and left Pakistan to pick up the mess. By 1990 the US imposed sanctions on Pakistan for pursuing nuclear weapons. Pakistan learnt the hard way that the US merely saw it as a client in a transactional relationship. Once the job was over, which was the case in 1989, the US would sacrifice anyone - a lesson the Kurds of Syria have also learnt the hard way.

By the turn of the 21st century, two major shifts were taking place.

Rise of China: The first saw China’s open and reform era that began in 1979 beginning to pay dividends. When the Neocon government took office in 2001 they no longer saw China as a ‘partner’ but as a ‘competitor.’ In a Foreign Affairs article Condoleezza Rice, who was serving as a foreign-policy adviser to George W Bush, during the 2000 presidential campaign, stated:

“China is a great power with unresolved vital interests, particularly concerning Taiwan, China also resents the role of the United States in the Asia-Pacific region. China is not a ‘status quo’ power but one that would like to alter Asia’s balance of power in its own favour. That alone makes it a strategic competitor, not the ‘strategic partner’ the Clinton administration once called it. The United States must deepen its cooperation with Japan and South Korea and maintain its commitment to a robust military presence in the region”. She went on further. “Washington should also pay closer attention to India’s role in the regional balance and bring that country into an anti-Chinese alliance system.” (Campaign 2000: Promoting the National Interest, Condoleezza Rice, Foreign Affairs, 2000) 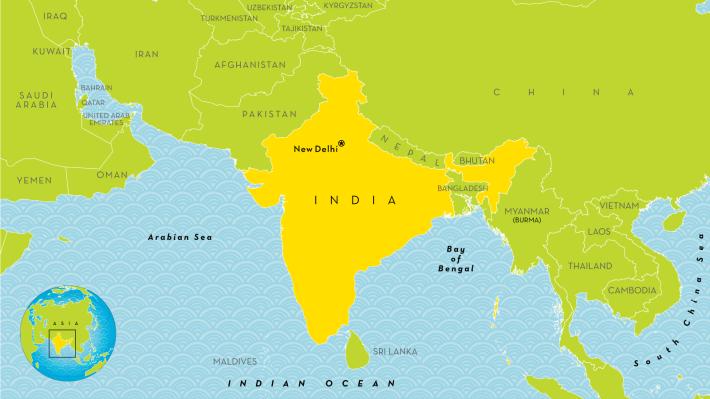 Rise of India: The second major shift was the rise of India following the collapse of the Soviet Union in 1991. India embraced global capitalism through liberalising its economy and for the first time allowed foreign multinational companies to enter the Indian market. With its billion-plus population, US corporations did not let this opportunity slip.

These shifts have evolved into a political reality where today it is no longer Pakistan but India who is the key US ally in South Asia. This relationship is now officially called the Indo-Pacific strategy, which is the new name for containment, but where China has replaced the Soviet Union.

It is India rather than Pakistan that is now being showered with military equipment and aid. The US now wants South Asia to be a new front in containing the rise of China and for this, it sees India, rather than Pakistan as the ally.
But the US has faced a problem in getting India to fully focus on China due to the issue of Kashmir. India has been forced to use up to half its standing army to maintain its occupation of Kashmir. This has increased to 900,000 with the recent annexation.

Pakistan’s policy on Kashmir was always that Kashmir was wrestled from them and the return of this land would be achieved in a referendum which would prove that Kashmir with 80% of its population being Muslim, an inseparable part of Pakistan; this formed the basis of Pakistan’s Kashmir policy. The referendum was based upon the 1948 UN resolution which enforced a ceasefire and withdrawal of both Pakistani and Indian forces in preparation for conducting a referendum, in which the people of Kashmir would decide their final future either with Pakistan or India. The resolution provided no basis for there to be a third choice on the ballot paper of an independent Kashmir. Pakistan accepted this resolution as inevitably the Muslims would want to be part of Pakistan. This for long formed the basis of Pakistan’s Kashmir policy and the US supported this position throughout the Cold War.

Nehru’s India rejected the plan and refused to withdraw its troops. Ever since the Indian government has consistently distanced itself from a firm commitment to hold a plebiscite in the territory. The Indian policy has been one of working towards a bilateral solution to the problem of Kashmir and the negation of UN resolutions. The position of the past and present Indian governments has been of a bilateral solution under the Shimla Agreement of 1972 as well as the Lahore Declaration of 1999 and not according to the five-decade-old UN Security Council resolutions.

Everything changed with the emergence of General Musharraf in 1999. After the events of 9/11 and the subsequent Afghan invasion by the US, General Musharraf gave his unstinting support to the US and by 2003 he began the abandonment of the right of Kashmir for a referendum and liberation from India. This development was significant because no ruler of Pakistan dared to speak directly with India over a resolution for Kashmir. 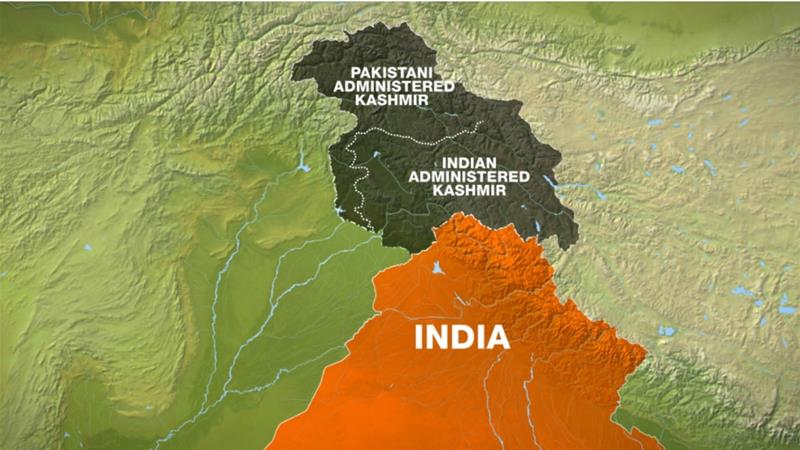 ©
In 2003 visiting Camp David, Musharraf explicitly announced that his visit had approved a road map to solve the issue of Kashmir and added his readiness for concessions, these included:

The US also abandoned its decades-old commitment to the 1948 UN resolution for a referendum on Kashmir and openly began to support the Indian bilateral solution. This bilateral solution is predicated on Pakistan stopping its support of armed groups against India. India still insists that Pakistan is not doing enough to stop infiltration of such groups.

India came to bask in the warmth of its relationship with America and has refused to budge on the Kashmir issue. This is why India was so confident when it revoked the constitutional articles over Kashmir’s autonomy in August 2019.

The American views on Kashmir have been shaped by its interests in South Asia. Its changing global circumstances led it to change who it sees as an ally and subordinate.

In the case of General Musharraf, he was, in reality, the ambassador for the US in Pakistan ensuring the pursuit of America’s policy in the country and the region. General Ashfaq Kiyani, General Raheel Sharif, General Qamar Bajwa and Asif Ali Zardari and Nawaz Sharif have all continued with Musharraf’s policy. The ruling elites of Pakistan are in cahoots with the US plan and have developed a mythical narrative to justify doing nothing about Kashmir and justifying Pakistan’s weakness to be able to do anything.