(60.9k points):
Islamic researcher, graduated from Al-Azhar University, Islamic Studies in the English language. I also studied at Temple University in the US.
2 Helpful
0 Unhelpful
In a Nutshell:
There is no minimum or maximum age for marriage in Islam. Rather than maturity, it depends on signs of development and fitness. What determines maturity are society's normative judgments of sexual attractiveness and functionality. The only condition of consummating the marriage is both parties must be physically capable of sexual relations and marital responsibilities.

Before knowing the Islamic perspective of the age of marriage, it is worth reviewing the validity of our understanding of the issue of puberty, marriage age and their socio-historical and psychological context.

Childhood is nothing but a byproduct of the way in which society is formed. Society defines the role of each member in the society; at what age he should marry, vote, work, graduate, join the army, and so on. Societies even disagree on each of these issues as it varies from place to place and culture to culture. What is fascinating is that each societies' principles work and the expectations are accomplished.

The endocrinologists Peter Gluckman and Mark Hanson clarified the point between biological and psychosocial maturation as it's a relatively recent phenomenon and the onset of puberty does not decide the adulthood of a given person today, this same judgment does not apply to people of the past:

'This mismatch between the age of biological andpsychosocial maturation constitutes a fundamental issue for modern society. Our social structures have been developed in the expectation of longerchildhood, prolonged education and training, and later reproductivecompetence. This emerging mismatch creates fundamental pressures oncontemporary adolescents and on how they live in society.' (Peter Gluckman and Mark Hanson, "Evolution, Development and Timing of Puberty," ​Trends in Endocrinologyand Metabolism​)

A similar approach is taken by two bioarchaeologists Sian Halcrow and Nancy Tayles who says:

'Also, in contrast to modern Western society where socialage is closely linked to chronological age, in many "traditional" societies, stages of maturation are acknowledged in defining age...These stages take into account not only the chronological age but also the skills, personalityand capacities of the individual. (Siân Halcrow and Nancy Tayles, "The Bioarchaeological Investigation of Childhood and Social Age) 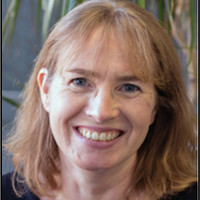 ©
Professor Mary Lewis warned against anachronistic thinking regarding childhood and maturity in the past and it is:

"No matter what period we are examining, childhood is more than a biological age, but a series of social and cultural events and experiences that make up a child's life ... The Western view of childhood, where children do not commit violence and are asexual, has been challenged by studies of children that show them learning to use weapons or being depicted in sexual poses...What is clear is that we cannot simply transpose our view of childhood directly onto the past." (Mary Lewis, ​The Bioarchaeology of Children, p. 4.)

Thus, we generally now judge the puberty according to a certain age but the case is slightly different in regard to our ancestors who judged it according to other signs of development and fitness.

The classical scholarship, relying on biological facts and processes, do not fix puberty to a given age but argue it varies. What determines maturity depends entirely on a society's normative judgments of sexual attractiveness and functionality.

Jurists identified two types of marriage: a contractual marriage (similar to what the Prophet contracted when A'isha was 7or sex) which could be legally conducted at a point in a person's life and later be revoked through their own volition. There is an Ijma' narrated by some scholars, such as ibn Battal, ibn Hajar, Nawawi, ibn al-Mulaqan, and others, on this issue.

On the other hand, there are some scholars nullify this Ijam', such as the Iraqi Tabi'i jurist and judge Abdullah ibn Shabramah (d. 144 A.H.), the second-century jurist and Qadi of Basrah Uthman al-Batti and the third-century Mutazilite jurist and Qadi Abu Bakr al-Assam.

They argue it is not legally valid to contract the marriage when she or he has not yet reached the puberty. They claim the purpose of marriage is having sex and increase of offspring and these two purposes are not achievable by such contract and so useless. they also argue the two parties are the one who is entitled to such decision, so why others do it for them before they reach the age of consciousness. (Sarkhasi, al-Mabsutt, Vol. 4, p. 212-213)

Some later scholars accepted their view, such as the seven-century Hanbali Mujtahid Jurist Imam Ibn Taymiyyah, as some of the contemporary jurists, such as the Hanbali jurist ibn Uthaymeen. They argued the Prophet (saw) said:

Given the small girl is still a virgin who has not yet reached the age of consciousness and so her stipulated permission is not legally or socially valid, so the condition that the Prophet (saw) stipulated can't be fulfilled. So they must wait until she is conscious enough for such a decision and seek her permission.

The second type of marriage is a consummated marriage (similar to the consummation of the Prophet's marriage when A'isha was 9) that required both parties to be physically capable of sexual relations (الإطاقة على الجماعة) given the logical implication that such a union would lead to this outcome.

لَا يَجُوزُ لِأَزْواجِهِنَّ الْبِنَاءُ بِهِنَّ إلّا إِذَا صَلُحْنَ لِلْوَطْءِ وَاُحْتَمَلْنَ الرِّجَّالَ ، وَأَحْوالُهُنَّ تَخْتَلِفُ فِي ذَلِكَ عَلَى قَدْرِ خَلْقِهِنَّ وَطَاقَتَهِنَّ
"It is not permitted for her husbands to consummate the marriage except if she is capable the sexual affairs and can afford men's (sexual desire).
The state of each woman differs (from one to another) in this matter according to their capability and endurance." (Ibn Battal, Sharh Sahih al-Bukhari, Vol. 7, pp. 172-173)

Imam Nawawi narrated this is the view of the three Imams of Fiqh; i.e. Abu Hanifah, Shafi'i, and Malik:

In a collective work of contemporary jurist committee, scholars argue if the bride is not capable of sexual relations, the marriage can't be consummated regardless of her age:

Feminist critics of Islamic Law, such as Professor Judith Tucker, understood the point and said:

"A marriage could be contracted before either party was ready for sexual intercourse, but a marriage could not be consummated until both bride and groom were physically mature. Such maturity was not equated with puberty (the marker of legal majority), but rather could be reached before its onset. … Until such time, the marriage,although legally contracted, clearly lacked an essential element. (Judith Tucker, "Muftis and Matrimony: Islamic Law and Gender in Ottoman Syria and Palestine," ​Islamic Lawand Society​, 1:3 (1994), p. 271.)

There is no minimum or maximum age for marriage in Islam. Key determinants are signs of development and fitness. What determines maturity depends entirely on a society's normative judgments of sexual attractiveness and functionality. The only condition of consummating the marriage is both parties must be physically capable of sexual relations and marriage responsibilities.