(3.4k points):
4 Helpful
0 Unhelpful
In a Nutshell:
Ibn al-Qayyim does not justify, recognise nor permit Zoroastrian incestuous marriages. However, there is a minor difference of opinion over such marriages - some scholars permit them for religious minorities where their religion allows such practices. But such differences are neither reason nor justification to permit homosexual or gay marriages as some seek today.

Shams al-Din ibn Abi Bakr al-Zur'i al-Dimashqi al-Hanbali (1292–1350 AD), is more commonly known as Ibn Qayyim al-Jawziyya ("The son of the principal of the school of Jawziyyah") or Ibn al-Qayyim ("Son of the principal") for short. 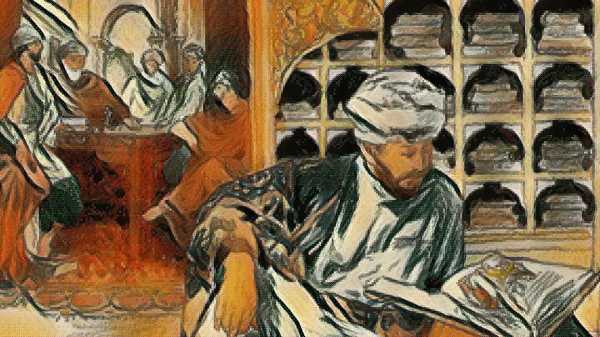 ©
He was an important Islamic jurist and theologian from the Hanbali school of thought. One of the foremost students of the fourteenth-century Sunni scholar and reformer Ibn Taymiyyah, he was famously imprisoned with his teacher in 1326 in the Citadel of Damascus for controversially violating commonly held traditions and views.

In an Islamic state where the shari'ah is applied, non-Muslims live collectively and autonomously in faith based communities, with the Caliph's office overarching all communities. Communities can judge between themselves according to their religious laws and belief systems unless they wanted to judge a matter according to the shari'ah or their action harming wider society.

So historically they were allowed to drink alcohol, eat pork and do things usually prohibited by the shari'ah.

But this can't be expanded to somehow argue Islam permits alcohol or eating pork, rather Islam allows religious groups to practice their religion so long they don't harm others or Muslim communities; once they do, they would be prohibited from such a practice.

Ibn al-Qayyim discussed a minority view in his book 'Ahkam Ahl al-Dhimmah' (Laws relating to non-Muslims who live under the Islamic State) specifically relating to Zoroastrians (magus) based on evidences from the sunnah.

He argued they were allowed to do it if they believed it was permitted in their religion unless they wanted to be judged by Islamic law where it was forbidden:

نُقِرُّ أَهْلَ الذِّمَّةِ عَلَى الْأَنْكِحَةِ الْفَاسِدَةِ بِشَرْطَيْنِ.
أَحَدُهُمَا: أَلَّا يَتَحَاكَمُوا فِيهَا إِلَيْنَا، فَإِنْ تَحَاكَمُوا فِيهَا إِلَيْنَا لَمْ نُقِرَّهُمْ عَلَى مَا لَا مَسَاغَ لَهُ فِي الْإِسْلَامِ.
الثَّانِي: أَنْ يَعْتَقِدُوا إِبَاحَةَ ذَلِكَ فِي دِينِهِمْ، فَإِنْ كَانُوا يَعْتَقِدُونَ تَحْرِيمَهُ وَبُطْلَانَهُ لَمْ نُقِرَّهُمْ عَلَيْهِ
"We acknowledge the corrupt marriage contract of ahl al-Dhimah (non-Muslims who live under the Islamic State) providing two conditions:
1. If they don't want to judge according to our (law) and if they did we would not acknowledge them on something prohibited in Islam.
2. If they believe in the permissibility of this in their religion; if they believe in its prohibition and nullification, we would not acknowledge it." (Ibn al-Qayyim, Ahkam Ahl al-Dhimmah, Vol. 2, p. 764)

So he allowed it under the limited condition of freedom of religion under the Islamic state and acknowledge its prohibition. So, such law must not be expanded to include other marriage contracts away from this context.

He argued on the issue of laws relating to dhimmis, there were two views attributed to Imam Ahmad bin Hanbal.

This second opinion was based on evidence from the time of the Prophet Muhammad (saw) where he did not explicitly nullify such marriages amongst the Zoroastrians.

However, during the Khilafah of Umar ibn al-Khattab (ra) all such marriages by Zoroastrians were nullified.

However, it was only during the Khilafah of Umar (a) that this authority had become dominant and the Islamic State had the capability to enforce law upon the Zoroastrians.

Ibn al Qayyim does not justify nor recognise any permission for non-Muslim incestuous marriages, in fact, he believes it was Umar's (ra) best and strongest ijtihads to forbid it. He also suggested it is the accepted rule and the Prophet (saw) would not allow such marriages if the ultimate authority of Muslims was established in the state.

Thus, Muslims are to apply the prohibitions - as Umar (ra) and Muslims afterwards did - of incestuous marriages once they hold power:

However, there is a minor difference of opinion on the subject of Zoroastrian self marriages. The difference of opinion cannot be a reason to then justify a completely separate issue of gay or other such marriages. All Islamic jurists agreed homosexuality should be banned, whether undertaken by Muslims or non-Muslims and the minority ikhtilaf based on a specific rukhsa (exemption to the general rule) for Zoroastrians can not be used to justify homosexuality.

Ibn al-Qayyim commented on such invalid analogies and argued homosexuality was not permitted for non-Muslims to practice in Muslim lands, whereas other invalid contracts could be valid in a certain context because thy don't harm the Muslim community unlike homosexuality and its acts. if such contracts harmed and confused the Islamic community, and Muslims have the full authority in their lands, this must be banned:

A minority opinion assumed evidence from the sunnah permitting incestuous marriages for a specific religious group, namely the Zoroastrians, where it was part of their religion.

The majority opinion, however, including that of Ibn al-Qayyim, argue it was forbidden and is to be nullified by the state.

No exemptions were ever given for homosexuality or other sexual practices, which are to be punished by the state. One can't make qiyas (analogical deduction) from a rukhsa (exemption to the general rule) to a different reality. No scholar accepted this and this is established by ijma (consensus).

So irrespective of the minority view one can't justify homosexual marriages.