Qadhi proposes a strange way forward on determining Ramadan, in order to unite the ummah. This opinion violates the sharia, fails to achieve the benefit it claims and is just another opinion amongst a plethora of opinions adding further confusion and division. Qadhi should look within the text and the age-old mechanisms of the Caliphate to solve this issue.

A recent video lecture of Dr Yasir Qadhi explaining why we should replace sighting to determine the new moon for Ramadan and Shawwal with calculations. The lecture is available here.

His core argument is calculations are used to determine prayer (salah) times so let's extend them to calculating the new moon.

Qadhi admits his argument differs with the four major schools of Islamic thought, failing to mention it is carried by a tiny minority, who also oblige sighting of the moon and in its absence where it is cloudy, calculations could be relied upon.

He argues the best way to unify Muslims is by adopting this approach, and scholarship apparently accepts one can leave a strong Islamic opinion for a weaker one if there's a maslaha (interest/benefit).

The core issue Qadhi fails to address is that of sabab (cause).

Islamic ahkam (rules) contain either a sabab (cause) or an illa (reason):

Sabab refers to cause, the hukm is based upon it, appearing when the sabab is there, and absent when it is not. The sabab of maghrib prayer is when the sun sets; the nisab (minimal amount of money held for a year) makes zakat an obligation.

Illa on the other hand is the reason sought by undertaking an act. Standard examples include preparing war-horses for war to create terror in the minds of the enemy; fourteen centuries ago this was fine, however currently this aim would not be achieved to war-horses would be replaced with modern technologies.

In matters of ibadah (acts of worship or servitude espousing a spiritual value eg salah, hajj, fasting etc) as opposed to mu'amalaat (eg transactions buying, selling, marriage etc) we have to take the rulings as they come within the Islamic texts without trying to rationalise them. Thus we don't rationalise why we pray three rakaat for maghrib and not four or praying four rakaat in maghrib results in a greater reward.

Likewise, we cannot analogise between the sun setting causing the obligation to pray maghrib. To attempt to rationalise means to go beyond what the Islamic texts states.

So applying this to Ramadan, the Prophet (saw) explicitly stated the cause of the obligation of fasting in Ramadan and ending the fast of Ramadan is by seeing the moon.

Linguistically, ra'a, when applied to single tangible objects, has the meaning of seeing with the eyes and it has to have one direct object (tata'ada li maf'ul wahid). When the term is applied to non-tangible objects it means to understand but it must be followed by two objects (tata'ada li maf'ulayn). For example, if I want to use the term ra'a with a person as to refer to a tangible object, I would only say "I saw the Ahmed." On the other hand, if I want to refer to him as a non-tangible object, I would see "I saw Ahmed knowledgeable." The latter one would mean I saw and touched the knowledge in Ahmed through his writings, for example, but the former means I saw Ahmed personally.

As long as this Qarinah (contextual evidence) to identify it as referring to a non-tangible object, it would be considered according to the asl (original meaning).

Because the Hadith refers to a tangible object like the moon, it thus refers to seeing with the eye of the moon and not to "know" of the new moon. If the prophet (saw) intended we know of the new moon, the wording would have differed.

Therefore because we don't seek to rationalise the hukm in this matter of ibadah.

Furthermore, there is no rational connection between seeing the new moon and fasting in Ramadan (likewise there is no rational connection between sunset and maghrib) so we take the wording and meaning as it appeared in the text. Therefore the sabab (cause) as explained by the prophet (saw) is the actual sighting of the new moon and not simply its birth.

Regarding Qadhi's claim about salah timings being calculated, his analogy is erroneous. We aren't obliged to nor do we go out and look at the position of the sun. Rather we are obliged to pray when the sun is in certain positions. The difference is very important.

وَأَقِمِ الصَّلَاةَ طَرَفَيِ النَّهَارِ وَزُلَفًا مِّنَ اللَّيْلِ ۚ إِنَّ الْحَسَنَاتِ يُذْهِبْنَ السَّيِّئَاتِ ۚ ذَٰلِكَ ذِكْرَىٰ لِلذَّاكِرِينَ
"Offer the prayer in two parts of the daytime and in the hours of the night that are closer to daytime. Surely, good works drive away evil works. This is the correct information for those who use their knowledge." (Qur'an 11:114)

This differs with Ramadan where we are obligated by the sighting of the new moon and not simply by the new moon.

This is an important distinction! 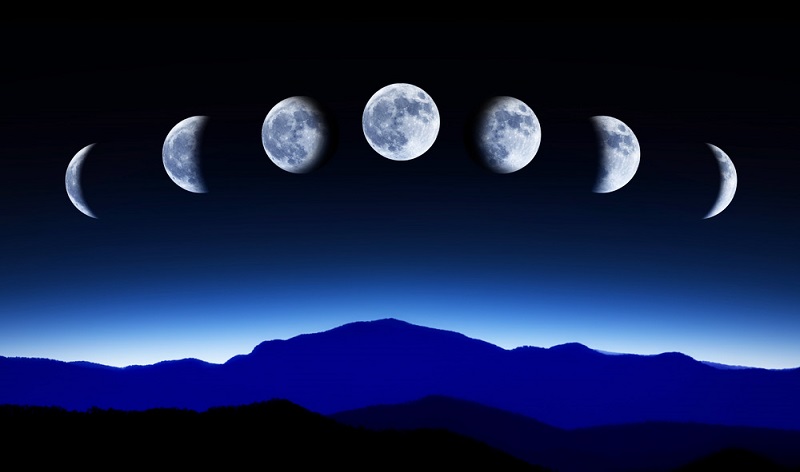 ©
Calculations for the hilal are not the same as those for the astronomical new moon.

So although determining the birth of the astronomical new moon (which is completely black) is definite the calculations for when it's potentially visible are estimated - indefinite, based on probabilities.

Many assume it can only be potentially seen after a certain age after the birth of the astronomical new moon. That age is a subject of dispute though and there are no 100% criteria to be able to determine this.

So we aren't going from sightings that could be wrong to calculations that are definite.

Unless we want to fundamentally change the hukm of Ramadan and make it linked with the birth of the new astronomical moon and not with the sighting of the hilal.

But to do so means to go away from the Islamic texts and away from what the prophet (saw) explicitly said.

Qadhi's final point claims calculations can be a means to unify the ummah on this rule.

The problem of division is, however, political in nature, due to the fact we don't have a central Islamic authority, a single leadership that could unify us upon this hukm. The Ottoman Caliphate was destroyed in 1924 and since then, we endure a plethora of divisive illegitimate nation states, that are the cause of our stagnation, chaos and divisions. 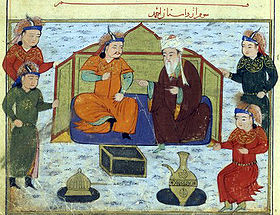 ©
In an era where technology allows everyone to know of a sighting almost instantaneously, we supersede historic problems of conveying such information over vast distances. The problem then isn't a technical one. It is one of a lack of Islamic leadership that represents the ummah, one which is respected and followed.

Islamic scholarship was categorical on this point - the fifth-century Ash'ari and Shafi'i jurist Imam al-Juwayni for instance notes:

Qadhi proposes a strange way forward on determining Ramadan, in order to unite the ummah. This opinion violates the sharia, fails to achieve the benefit it claims and is just another opinion amongst a plethora of opinions adding further confusion and division.

Qadhi should look within the text and the age-old mechanisms of the Caliphate to solve this issue.