(60.8k points):
Islamic researcher, graduated from Al-Azhar University, Islamic Studies in the English language. I also studied at Temple University in the US.
6 Helpful
0 Unhelpful
In a Nutshell:

The aim of Musa's (as) dawa was to gain political power and the authority in Egypt to establish the deen of Allah. Pharaoh and his elites understood this aim well, resisting Musa's (as) call for this very reason. Eventually, akin to the Prophet Muhammad (saw), Musa (as) took power in another land and the Jews (Bani Israel) inherited it and continued the rule over the centuries.

Previous Messengers sought political power and authority not because they should power for power's sake, but to establish security, justice and prosperity for mankind in total submission to Allah (Islam).

On reviewing the Qur'anic narratives of previous Messengers, the reason for their existence and the aim of their dawa was seeking power and authority to organise society by revelation, eliminating injustice and oppression, thereby changing social trajectories.

This is evident in the discussions the Messengers (as) had with their nations (qawm) and their elites, seeking political leadership and authority to establish the deen of Allah by transferring power to the Messenger.

This is also very evident in Musa's (as) conversation with Pharaoh and his elites (mala'a).

وَلَقَدْ أَرْسَلْنَا مُوسَىٰ بِآيَاتِنَا إِلَىٰ فِرْعَوْنَ وَمَلَئِهِ فَقَالَ إِنِّي رَسُولُ رَبِّ الْعَالَمِينَ
" And certainly did We send Moses with Our signs to Pharaoh and his establishment, and he said, "Indeed, I am the messenger of the Lord of the worlds." (Qur'an 43:46)

The problem with these elites was spelled out:

"Verily Pharaoh exalted himself in the land (of Egypt) and divided its people into sections, weakening a group of them, he slaughtered their sons and spared alive their females, verily he was of the mischief- makers." (Qur'an 28:4)

In the Qur'anic story of Musa (as), Allah reiterates seven times that Musa was sent to Pharaoh and his elites to emphasise this point. 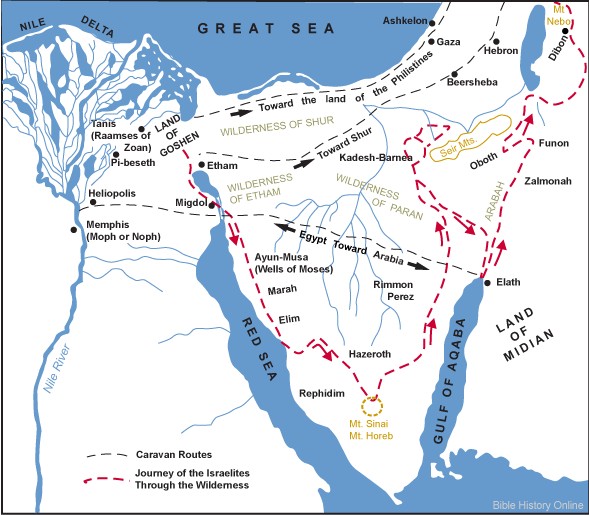 And the purpose or aim of the dawa was stated at the outset reiterated in a number of suras with Allah promising Musa (as) political power, dominance and protection:

Musa (as) also stated to his target audience (Pharaoh and his courtiers) that Allah had given him, by his revelation, the right to rule:

They in turn objected arguing:

The word 'kibriyaa' or grandeur means power and authority (mulk and sultan) as narrated by the first century mufassirs Mujahid and al-A'mash as well as obedience as al-Dahak argued. These were all confirmed by Tabari who also added another meaning i.e., superiority (al-ulu). (Jami al-Bayan, Vol. 15, p. 158; Vol. 19, p. 36)

It was articulated more accurately by the fourth century mufassir and theologian al-Matrudi who argued it meant taking the rule of Pharaoh and his power from him and giving it to Musa (as):

It meant the power and authority of Pharaoh were to be yours by making people follow you because all who are followed is obeyed, dignified, honoured (by the followers)." (Matrudi, Ta'weelat Ahl al-Sunnah, Vol. 6, pp. 73-74)

Even Pharaoh understood this meaning and objected to Musa (as) for wanting to gain political control and authority over his territories:

قَالَ أَجِئْتَنَا لِتُخْرِجَنَا مِنْ أَرْضِنَا بِسِحْرِكَ يَا مُوسَى
"He said, 'Have you come to us to drive us out of our land with your magic, O Moses?'" (Qur'an 20:57)

This did not mean he wanted to literally expel them from the land but to take control of the land as al-Wahidi and al-Baghawi argued:

وَنَادَى فِرْعَوْنُ فِي قَوْمِهِ قَالَ يَا قَوْمِ أَلَيْسَ لِي مُلْكُ مِصْرَ وَهَذِهِ الْأَنْهَارُ تَجْرِي مِنْ تَحْتِي أَفَلَا تُبْصِرُونَ أَمْ أَنَا خَيْرٌ مِنْ هَذَا الَّذِي هُوَ مَهِينٌ وَلَا يَكَادُ يُبِينُ
"And Pharaoh called out among his people; he said, "O my people, does not the kingdom of Egypt belong to me as these rivers flowing beneath me; then do you not see?
Or am I (not) better than this one who is insignificant and hardly makes himself clear?" (Qur'an 43:51-52)

This discourse illustrates Musa's (saw) aspiration to gain political control over Egypt, whilst Pharaoh believed he was best qualified for this and deserved this position.

Political power was also central to Musa's (as) discourse with the Bani Israel. We see when his people complained of Pharaoh's torture, he asked them to be patient, promising then that Allah would grant them territories, their homeland where they could live by Allah's deen, a promise that was fulfilled in due course. Allah narrates this conversation:

قَالَ مُوسَى لِقَوْمِهِ اسْتَعِينُوا بِاللَّهِ وَاصْبِرُوا إِنَّ الْأَرْضَ لِلَّهِ يُورِثُهَا مَنْ يَشَاءُ مِنْ عِبَادِهِ وَالْعَاقِبَةُ لِلْمُتَّقِينَ قَالُوا أُوذِينَا مِنْ قَبْلِ أَنْ تَأْتِيَنَا وَمِنْ بَعْدِ مَا جِئْتَنَا قَالَ عَسَى رَبُّكُمْ أَنْ يُهْلِكَ عَدُوَّكُمْ وَيَسْتَخْلِفَكُمْ فِي الْأَرْضِ فَيَنْظُرَ كَيْفَ تَعْمَلُونَ … وَأَوْرَثْنَا الْقَوْمَ الَّذِينَ كَانُوا يُسْتَضْعَفُونَ مَشَارِقَ الْأَرْضِ وَمَغَارِبَهَا الَّتِي بَارَكْنَا فِيهَا وَتَمَّتْ كَلِمَتُ رَبِّكَ الْحُسْنَى عَلَى بَنِي إِسْرَائِيلَ بِمَا صَبَرُوا
"Moses said to his people, 'Seek help through Allah and be patient. Indeed, the earth belongs to Allah. He causes to inherit it whom He wills of His servants. And the (best) outcome is for the righteous.'
They said, 'We have been harmed before you came to us and after you have come to us.'
He said, 'Perhaps your Lord will destroy your enemy and grant you succession in the land and see how you will do.'
And We caused the people who had been oppressed to inherit the Eastern territories and the Western ones, which We had blessed. And the best word of your Lord was fulfilled for the Children of Israel because of what they had patiently endured." (Qur'an 7:128-137)

The discussion closed with "And the best word of your Lord was fulfilled for the Children of Israel" giving the impression this was the target of Musa's (as) dawa i.e., territories dominated by believers who would establish Allah's deen.

Allah also clarified this by saying:

وَنُرِيدُ أَنْ نَمُنَّ عَلَى الَّذِينَ اسْتُضْعِفُوا فِي الْأَرْضِ وَنَجْعَلَهُمْ أَئِمَّةً وَنَجْعَلَهُمُ الْوَارِثِينَ وَنُمَكِّنَ لَهُمْ فِي الْأَرْضِ وَنُرِيَ فِرْعَوْنَ وَهَامَانَ وَجُنُودَهُمَا مِنْهُمْ مَا كَانُوا يَحْذَرُونَ
"And We wanted to confer a favour upon those who were oppressed in the land and make them leaders and make them inheritors and establish their (power) on earth and show Pharaoh and (his minister) Haman and their soldiers through them that which they had feared." (Qur'an 28:5-6)

The Role of Messengers and Prophets

The role of the Prophet and the Messenger in the society is to govern (all aspects) by the Allah's revelation and be victorious over his enemies. When Pharaoh and the mala'a of Egypt were defeated, Musa's followers were given victory over them (V. 127-137). Then Musa (as) was entitled to rule the people by revelation:

Musa (as) then became the leader and his brother Harun (as) was his wazir (vizier). For example, when Musa (as) went to Allah for forty days, he put his brother in charge:

Musa (as) chastised the Israelites for disobeying Allah whilst he had made them rulers:

For that reason, the statement of giving Musa (as) authority was repeated over and over in the Qur'an:

So, the aim of the dawa of Musa (as), one of the leading five Messengers mentioned in the Qur'an, was political power as the means of establishing the deen of Allah on earth based on tawheed and mana'a.

Thus, previous Messengers sought power, authority and governance seeking to establish security, justice and prosperity for their people in full submission to Allah.

The aim of Musa's (as) dawa was to gain political power and the authority in Egypt, so that he could establish the deen of Allah. Pharaoh and the citizens of Egypt understood this aim well, resisting Musa's (as) call for this very reason.

Akin to how the Prophet Muhammad (saw) centuries later, Musa (as) took power in another land and the Jews (Bani Israel) inherited it and continued implementing his deen.