(60.9k points):
Islamic researcher, graduated from Al-Azhar University, Islamic Studies in the English language. I also studied at Temple University in the US.
7 Helpful
1 Unhelpful
In a Nutshell:
Nabhani's overall summary of the seera is very good, but may be somewhat unclear when detailing the early Meccan dawa particularly in the two stages he went through as his texts comprise ijtihad and not an academic presentation of seerah.
He seems to suggest the Messenger (saw) called individuals to Islam who later formed his group that went on to do dawah and then focused on influentials, leaders and elites when he was seeking nusrah. He doesn't clarify if this was proactive or reactive ie whether this was part of his mission or whether these people came to him following his public call to the elites. In another place he says the dawa was public from the outset which suggests the latter. My reading of the seerah shows the Messenger (saw) approached Quraysh elites first, individuals hearing his call approached him and embraced the truth, followed by this group being formed and used later to win over society when the elites rejected his call. If this is what Nabhani argues then my research is in full alignment with his research. 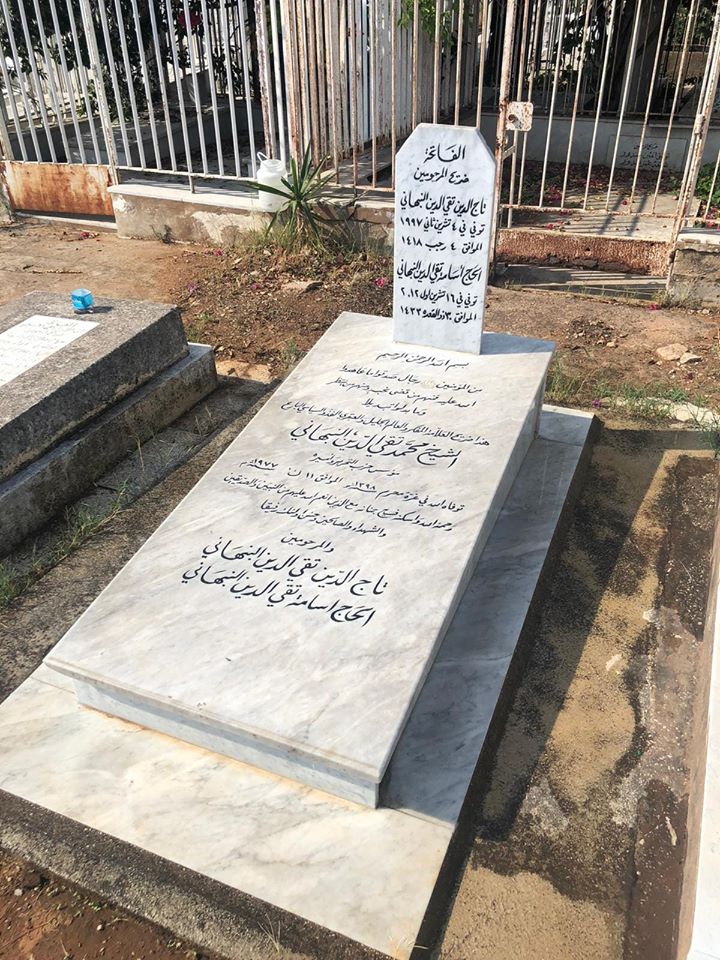 Nabhani's thesis is the Messenger (saw) followed two stages of dawa in the early years of Islam. He does however allude to an earlier public call but does not dwell on it - this may be because he does not see its relevance to the contemporary reality.

The first stage he focused on was the stage of secretly calling all people to Islam, regardless of social and political status. He does not clarify if this was a proactive mission in and of itself or if he invited those enquiring about his message following his public call to the elites. He would spiritually, culturally, intellectually and religiously educate most of the small number of converts covertly albeit very profoundly. Most of these converts later became qualified and confident to carry the responsibility and hardship of the dawa to Islam. He would secretly meet them for teaching in Dar al-Arqam for three years, following which, the Prophet started the second stage.

The second stage was seeking the establishment of the deen as a social or ideological force. The Messenger (saw) started giving dawa publicly; he invited forty men of the leaders of Banu Abd al-Muttalib to a banquet and asked them to accept Islam; he gathered the people of Mecca around the mountain of Safa and invited and warned them. He then approached the leaders of Mecca for eight years and when they opposed him he approached the other tribal leaders of Arabia in their homes, marketplaces and Hajj rituals.

This approach led to the final goal i.e. the establishment of the Islamic state after the al-Aqabah pledge and the migration of the Messenger (saw) and his companions to Medina. The Islamic state then continued its expansion to include the whole of Arabia and then the neighbouring areas.

The order of seera events presented by Nabahani is a little unclear. He seems to mix the events narrated in the seera, delaying what had happened earlier and advancing what happened later to form his two stages. However he us not producing a book of seera so his writings need to be taken with caution as they are ijtihadi in nature designed to solve contemporary problems.

There is a widespread misconception when the Messenger (saw) first received revelation, he was asked to call people to Islam as individuals. It paints a picture of him approaching individuals like Khadija, Abu Bakr, Ali, Bilal and Abu Talib requesting they change their personal faith or believe in him. It is unclear if Nabhani rejects this or not.

The Messenger (saw) would, therefore, focus his efforts on the tribal leaders and influentials, as their peoples trusted them and would readily accept their consensus to adopt a new way of life.

This does not mean the Messenger (saw) neglected or rejected non-influential individuals who accepted the truth of his message; rather his proactive approach and mission was to win over the influentials and elites of society (those possessing shawka), who could ensure a transition for their followers. Where individuals approached him, he responded, answered their questions and spent time teaching and helping them build their personalities.

Nabahani may be suggesting the Messenger (saw) approached Abu Bakr and other companions and after three years he prepared a banquet, went to the Safa mountain and then approached the leaders. If he is, what happened was the opposite.

The Messenger (saw) started the mission with a collective, not a personal call. He asked Ali (ra) to prepare a banquet and invite the leaders of his clan (Banu Abd al-Muttalib). Ali arranged the meal and invited about forty men of the elites. The men left before the Messenger could speak with them. He invited them again and after eating he said:

Companions such as Abu Bakr, heard rumours of the Messenger's discussions with tribal leaders when returning from a business trip. He approached the Messenger (saw) asking him about the rumours. The Messenger (saw) explained Allah had ordained him a messenger, presented the revelation to him and Abu Bakr (ra) accepted.

Some days after the initiation of revelation, Afif (ra) a trader attended Mecca during the Hajj period to trade with Abbas ibn Abd al-Muttalib (ra), the uncle of the Messenger (saw), who had attended the banquet.

The Messenger (saw) kept conveying his message for years and educating those who believed in him.

What changed was the Messenger (saw) then began to call other tribes after the stubbornness of Quraysh and the death of his uncle Abu Talib seeking the mana'ah (protection) and nusrah (support).

One day, the Messenger was calling the tribal leaders to Islam, a tribe refused to protect the Messenger (saw) and his religion against the Rome and Persia. However they were willing to accept the responsibility of protection and support against the Arabian tribes. The Messenger (saw) rejected their offer and told them they would inhabit Roman and Persian lands (the same message al-Abbas told Afif). (Al-Asbahani, al-Mustakhraj, Vol. 1, pp. 73-74)

At the end of the Meccan phase and before the establishment of the Islamic state in Media, the Messenger (saw) was very clear and combined both. The Ansar asked him about the terms of the Bay'ah, whereby he combined both of these elements i.e., Not to join anything in worship with Allah; the Messenger would be the leader of the state; not to be disobedient against the Messenger; protect the Messenger in the way they protect their women, sons and wealth; fight (his enemies) the black and white people regardless of their kin.

The two stage theory presented by Nabhani and contemporary writers is ambiguous and possibly confused.

The Messenger used to meet the companions for education in Dar al-Arqam not to hide his Prophethood, rather protect his weak followers during his interactions with the leaders. The Messenger (saw) used to pray differently and make tawaf in front of the leaders and Meccans openly (as Afif and al-Abbas noted above), but when he performed something secretly, it seemed to be primarily for the protection of his followers.

The Messenger (saw) did not start calling leaders after three years as Nabhani argues, rather soon after the revelation, probably within days, continuing doing the same after individuals converted having heard rumours about the Messenger (saw).

Nabhani's overall summary of the seera is good, but ambiguous regarding the details of the early stages.