(60.9k points):
Islamic researcher, graduated from Al-Azhar University, Islamic Studies in the English language. I also studied at Temple University in the US.
1 Helpful
0 Unhelpful
In a Nutshell:
Al-Ikhwan al-Muslimun suggests there are three stages of dawa lead to the establishment of the Islamic state: First stage: Secret Dawa and secret formation; Second stage: Public Dawa and secret formation; Third stage: The establishment of the Islamic State.

When the thoughts of Hassan al-Banna was spread all over the Arab countries under the title of 'al-Ikhwan al-Muslimun,' al-Banna wrote a message of instructionس of their movement, namely (ِرِسَالَةُ التَعَالِيم) 'Risalat at-Ta'aleem' in which he identified the stages of dawa, the structure of this movement, the articles of bay'ah and so on.

Regarding the stages of dawa, al-Banna identified three stages of such movement that will end up establishing the Islamic state and the Khilafah afterwards: 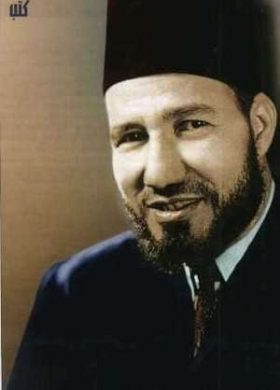 Al-Banna summarized these stages and said:

Al-Banna did not show, exactly, how these stages work in light of the seera events, he rather quoted some narrations at the end of these instructions telling the adaab (ethics) of such work.

The job of identifying the how these stages in the seera events were done by Muneer al-Ghadban (d. 2014), a leading Syrian member and the Chief Superintendent (Muraqib 'Aam) of the movement in Syria, in his book al-Manhaj al-Haraki li as-Seera an-Nabawiyah, published 1990. 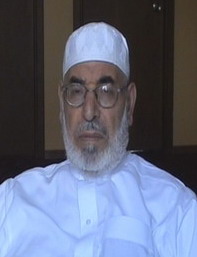 Ghadban argues this stage started from the very beginning of revelation and lasted for three years. He included a number of characteristics, the most important of them are:

Secret calling to the principles of the Jama'ah (movement).

He gave examples of the Prophet's conversion of Ali Abu Bakr Zayd ..etc. whom the Prophet (saw) proactively, as he claimed, targeted to establish the first blocks of the Islamic state.
General calling in terms of all the public classes is targeted by this dawa regardless of his age, gender, social and political status.
Quraysh knew the matter of the Prophet's dawa; but as soon as he did not touch their fundamental creeds, they did not harm him at that point; so the movement's members shall follow a similar approach.

The leaders of the movement must choose the right time to start the public dawa, after the spiritual, intellectual, militarily preparation of such followers, ensuring the relative protection of their lives.

This stage starts when Allah ordered the Prophet (saw) to show up with his dawa publically:

فاصْدَعْ بِمَا تُؤْمَرُ وَأَعْرِضْ عَنِ الْمُشْرِكِينَ، إِنَّا كَفَيْنَاكَ الْمُسْتَهْزِئِينَ
"So declare what you are commanded and turn away from the polytheists. Indeed, We are sufficient for you against the mockers." (Qur'an 15:94-95)

At that stage, Muslims have to go out gradually to the public with their principles. This gradual operation starts with the family, close friends and so on.

Muslims have to avoid engaging with their opponents' pushing backs. Ghadban argues:

The formation has to stay secret as the Prophet (saw) kept doing in Dar al-Arqam. So, they have to choose a meeting place away from the opponents' eyes and intelligence service. Thus, the leaders could safely meet the soldiers and vice versa.

The Prophet (saw) stayed approaching this stage for other seven years, but after the stubbornness of Quraysh and he was followed by well-prepared followers, he approached the third stage.

Third Stage: The Establishment of State

This stage publicly targets the establishment of the Islamic state. There are some steps for the accomplishment of such a stage. The main steps are the following:

The general stages presented by al-Banna is more accurate (it does not mean I am a member, as I am not) than the detailed references of seera which is more problematic. For example, Ghadban argued the first stage of the Prophet's dawa was secret where the Prophet (saw) proactively approached individuals, not leaders, and converted them. Where in reality, the opposite is true. The Prophet's (saw) mission to establish Islam as a way of life was public from the outset. He however kept secret the education, preparation and building of his group of companions, primarily for their protection following Quraysh aggression and rejection.

The Prophet (saw) did not proactively call non-influential individuals to Islam. Most early converts heard rumours of his discussions with tribal leaders requesting they collectively reorient society according to a new worldview based on the divine. He critiqued fundamental polytheistic values of Meccan society, ancestralism and socio-economic practices.
Those approaching the Prophet (saw) would be told of his message, revelation and the truth. Those who believed him would tell others and bring them to the Prophet (saw).

He narrated the state of the environment when entering Mecca searching for the Prophet (saw), stating Quraysh was harming him pretty severely:

The Prophet (saw) faced persecution early on as Quraysh rejected his call.

The Prophet used to meet the companions for education in Dar al-Arqam not to hide his Prophethood, rather protect his weak followers during his interactions with the leaders and he was preparing this for leading afterwards.

The Prophet (saw) used to pray differently and make tawaf in front of the leaders and Meccans openly (as Afif and al-Abbas noted above), but when he performed something secretly, it seemed to be primarily for the protection of his followers during their preparation.

The Prophet (saw) did not start calling leaders after three years as Ghadban argues, rather soon after the revelation, probably within days, continuing doing the same after individuals converted having heard rumours about the Prophet (saw).

Year six probably seems to shift the call from the Quraysh elites to their followers as the elites rejected his call.

The second and third stage is less controversial, regardless of the order of revelation of the verse.

You can see similar reviews of Nabhani's stages and Dr Yasir Qadhi's summary.