(60.9k points):
Islamic researcher, graduated from Al-Azhar University, Islamic Studies in the English language. I also studied at Temple University in the US.
3 Helpful
0 Unhelpful
In a Nutshell:
Abu Talib, once, saw the Prophet (saw) praying with Ali (ra) a different prayer Meccans perform and then he asked him about this new religion. Whilst the Prophet (saw) then presented Islam to him and he refused to accept it, he provided him with protection against the tribal leaders. Before the last breath of Abu Talib, the Prophet (saw) had been calling and urging him to accept Islam, but he refused to change the religion of his forefathers.

When the Prophet (saw) first received the revelation, he was not asked to call people to a new faith as individuals. The revelation was for a nation, community or polity to accept and reorient their entire collective way of life.

Abu Talib was Prophet Muhammad's uncle who adopted him after the death of his father. He was the leader of the tribe of Abu Talib, and he was the main human protectors of the Prophet (saw) at the beginning of his dawa. After his death, the people of Quraysh harmed and tortured the Prophet (saw).

At the beginning of the revelation, the Prophet (saw) did not start to call people to Islam because he had not yet ordered to do so. One day, the Prophet (saw) and Ali (ra), after his conversion, were secretly praying outside in the streets of Mecca. Abu Talib found them and asked the Prophet regarding the new rituals they perform. The Prophet (saw) presented Islam to him, but he did not want to forsake the religion of his forefathers. 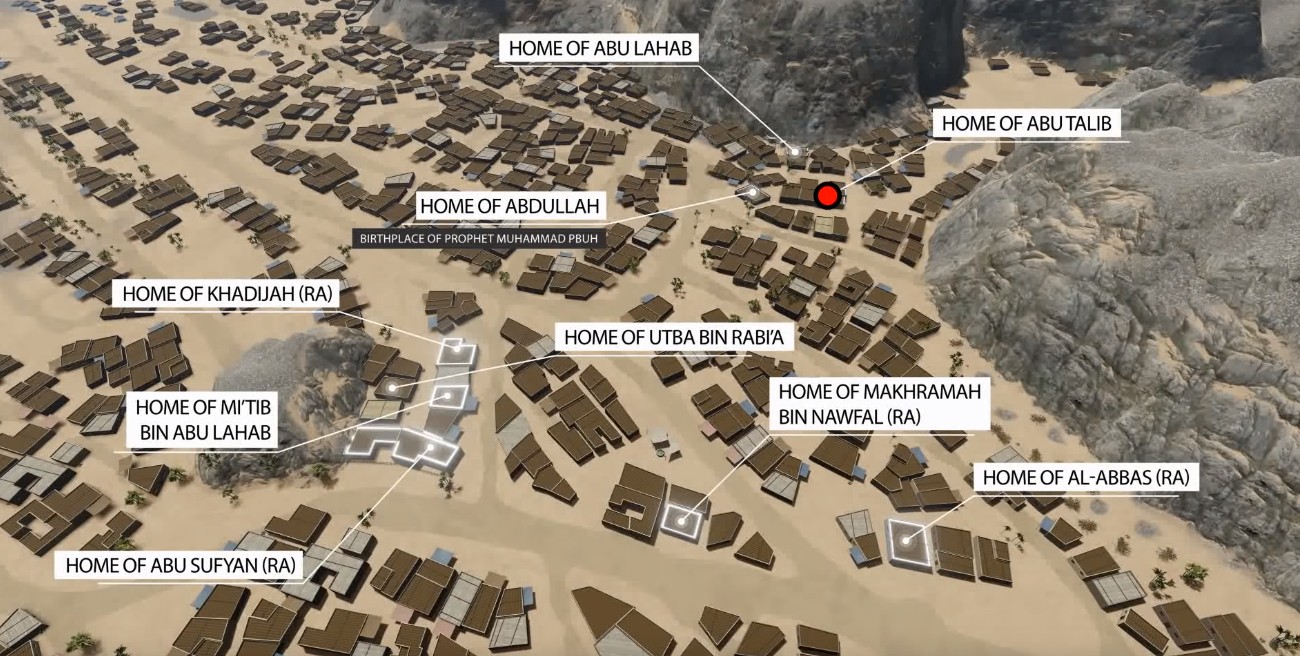 When Allah, later, revealed to his Prophet (saw) ordering him to start calling people to Islam, Allah ordered him to start with his clan and close relatives.

The Prophet (saw) decided to start the mission collectively. He ordered Ali (ra) to prepare a banquet and invite the leaders of his clan (Banu Abd al-Muttalib) along with Abu Talib to a banquet.

Ali cooked the meal and invited about forty men of the leaders. The men then left before the Prophet (saw) could speak with them. He invited them again and after eating he said:

يا بَنِي عَبْدِ المُطَلِبْ، إنِي والله ما أَعْلَمُ شَابًا فِي العَرَبِ جاءَ قَوْمَهُ بأفْضَلَ مِمَا جِئتُكُم به، قَدْ جِئْتُكُم بخيّرِ الدُنيا والآخِرَة، وقَدْ أَمَرَنِي اللهُ تعالى أن أَدْعُوكُم إليهِ، فأيُكُم يؤازِرُنِي على هَذَا الأمر
"O Banu Abd al-Muttalib, I, indeed, don't know of any Arab youth who came to his people with a notion better than I came with.
I came to you with the goodness of this world and the Here After. Allah (swt) ordered me to call you to Him.
Who is going to support me regarding this matter?" (Tabari, Tarikh at-Tabari, Vol. 2, p. 322, Ibn al-Athir, al-Kamil fi at-Tarikh, Vol. 1, p. 259)

The Prophet (saw) then asked them for someone who could provide him with the protection and the sustenance of his family in case he was injured.

Whilst Abu Talib left with the crowd without believing in the Prophet (saw), he protected him against the tribal leaders of Mecca.

Before the death of Abu Talib, the Prophet (saw) was begging him to accept Islam, but he refused.

قَالَ قَالَ رَسُولُ اللَّهِ صلى الله عليه وسلم لِعَمِّهِ ‏"‏ قُلْ لاَ إِلَهَ إِلاَّ اللَّهُ أَشْهَدُ لَكَ بِهَا يَوْمَ الْقِيَامَةِ ‏"‏.‏
قَالَ لَوْلاَ أَنْ تُعَيِّرَنِي قُرَيْشٌ يَقُولُونَ إِنَّمَا حَمَلَهُ عَلَى ذَلِكَ الْجَزَعُ لأَقْرَرْتُ بِهَا عَيْنَكَ.
فَأَنْزَلَ اللَّهُ ‏) إِنَّكَ لاَ تَهْدِي مَنْ أَحْبَبْتَ وَلَكِنَّ اللَّهَ يَهْدِي مَنْ يَشَاءُ‏(
"The Messenger of Allah said to his uncle (at the time of his death): testify that there is no god but Allah and I will bear testimony (of you're being a Muslim) on the Day of judgment.
He (Abu Talib) said: Were it not the fear of the Quraysh blaming me (and) saying that it was the fear of (approaching death) that induced me to do so, I would have certainly delighted your eyes with this testimony.
Allah then revealed: 'Verily thou canst not guide to the right path whom you love. And it is Allah Who guides whom He wills.' (Qur'an 28:56)" (Sahih Muslim 25 b)

Abu Talib, once, saw the Prophet (saw) praying with Ali (ra) a different prayer Meccans perform and then he asked him about this new deen. Whilst the Prophet (saw) told him the truth, he refused to accept it, but was happy to provide him with protection against the tribal leaders.

Before his last breath, the Prophet had been calling and urging him to accept the truth, but he refused to abandon the beliefs of his forefathers.