(60.0k points):
Islamic researcher, graduated from Al-Azhar University, Islamic Studies in the English language. I also studied at Temple University in the US.
9 Helpful
0 Unhelpful

In dealing with this topic, many confuse the Islamic notion of 'riq', often translated as slavery but more proximate to captives of war, adopting imagery based on the European North Atlantic slave trade. The two realities are dramatically different and to use the same label invites conceptual confusion and misunderstanding. 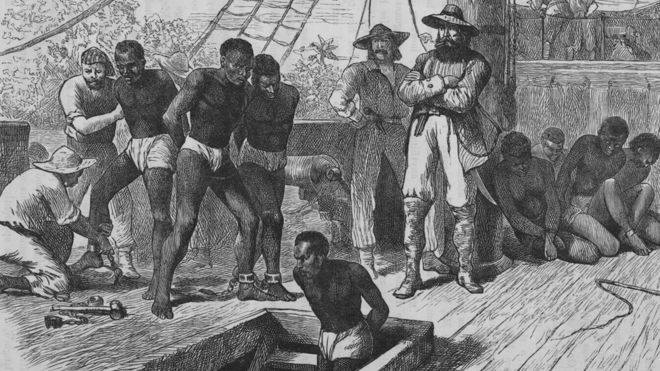 ©
Slavery in ancient and post-enlightenment Europe deemed slaves as fully owned property by their masters in their legal systems. Thus it was widely accepted slave owners, their masters, could beat slaves at whim, and put them to work on any task, regardless of danger, difficulty, harmful or burdensome - they had the right to dispose of their 'property' in whichever way they desired.

None of these notions applies to the notion of riq that Islam addressed.

In the pre-Islamic period, people would lose their freedom due to kidnappings, invasions, indebtedness and several other means. For example, a person could be enslaved due to gambling, debt, impoverishment or even selling oneself or one's child. People could easily lose their freedom without doing anything wrong at all, let alone the mistreatment and torture of their masters in the most horrible way we could imagine. Terminology thus developed to address these various realities, ranging from chattel slavery to indentured servitude to concubines.

Legislation of some forms of "slavery" was condoned by history's greatest thinkers and reformers including Buddha, Plato and Aristotle, whilst other forms were condemned. Forms of slavery existed in religious traditions such as Christianity and Judaism (Leviticus 25:44-46, Luke 17:7-9). The Bible, for instance, would allow slaves to be beaten and insulted (Luke 17:7-9, Ex 21:2-6) and gave the right to masters to even kill their slaves in limited circumstances (Ex 21:20-21, Ephesus 6:5, and Luke 12:47). To be fair, one must bear in mind this would usually be in a judicial context - as such functions were often diffused unlike today's centralised bureaucracies.

In such a system, slaves had no way to unchain themselves nor their offspring, except by the generosity of their masters.

Jonathan Brown, a professor and holder of the Al-Waleed bin Talal Chair in Islamic Civilization at Georgetown University, elaborated on this varied history of slavery in his lecture on slavery here and penned an article here. 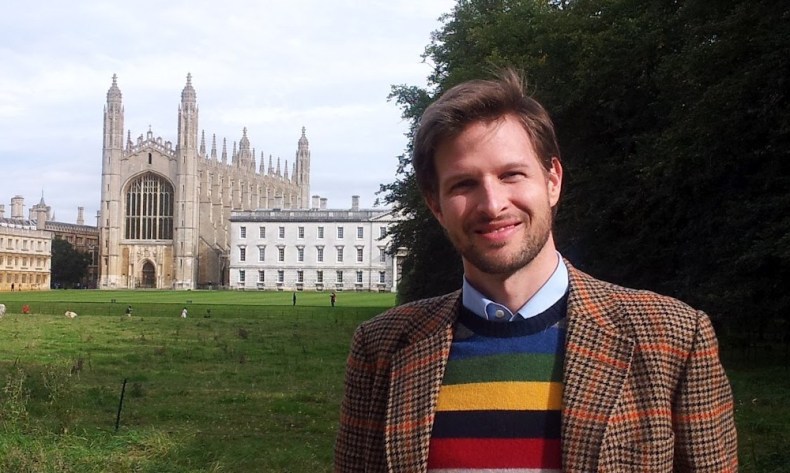 ©
His thesis is that there is no single phenomenon that can be adequately described as slavery as various civilisations had differing practices. He notes "slavery" under Islam, if that term was to be applied, was dramatically different to the chattel slavery of the Americas. This was because of several reasons including significant differences in legal rights, nature of the former being "social" rather than "economic" and the racialisation of the latter. Regarding concubines, female sex slaves imprisoned in a harem, can't be judged by contemporary sexual standards, where liberal ideology views people as autonomous agents, their consent making a sexual act acceptable. Historically it would be normal to do such an act and it is unfair to subjugate our ancestors to our variant, dynamic, relative standards.

To be clear from the outset, notions of chattel slavery, debt slavery or racialised slavery were never approved in Islam. Islam never made a distinction based on race or color, as all people are deemed alike, not only in theory but in front of God and in practice.

Islam condemned the notion of slavery (Ubudiyah) and replaced it by 'riq' laws, i.e., laws relating to captives of war. It prohibited putting any free person into indentured servitude, even if they were criminals or debtors. Only those captured whilst actively engaged in battle or war were eligible for indentured servitude if authorities deemed no better option was available, such as release on parole, prisoner exchange or ransom.

Akin to Judaism, it did not have the notion of master/slave (malik or rabb/abd) but one of patron or boss/servant or worker (sayyid/ghulam or jariyya) as the body belonged to God which we held on trust.

Islam permitted servants to free themselves by payment (which could be on instalments) or allowed others to ransom them. It encouraged their legal guardians to free them, granting them a high rank in paradise for doing so.

It also legislated freeing servants as an atonement of great sins, protection from the Hellfire and also as a kind of alms. The Prophet (saw) illustrated through example, freeing every previous slave given to him.

"He who slaps his slave or beats him, the expiation for it is that he should set him free." (Sahih Muslim 1657 a)

By restricting the sources of captivity to the battlefield, Islam defined and encouraged ethical ways of managing the institution.

The Islamic concept of brotherhood was firstly extended to include captives. The Prophet (saw) clarified the status of captives in society, saying:

Captivity thus became about brotherhood, a new member of the family who would eat, drink and dress the way other members would do. The Prophet (saw) said:

The patron and servant or captive are equal in the eyes of the law. The Prophet (saw) said:

The Prophet (saw) also advocated for them and prescribed their rights immediately after the prayer:

This outlook and environment made servitude and captivity unique in the Muslim world - something a broad term like "slavery" fails to capture, distorting more than clarifying. 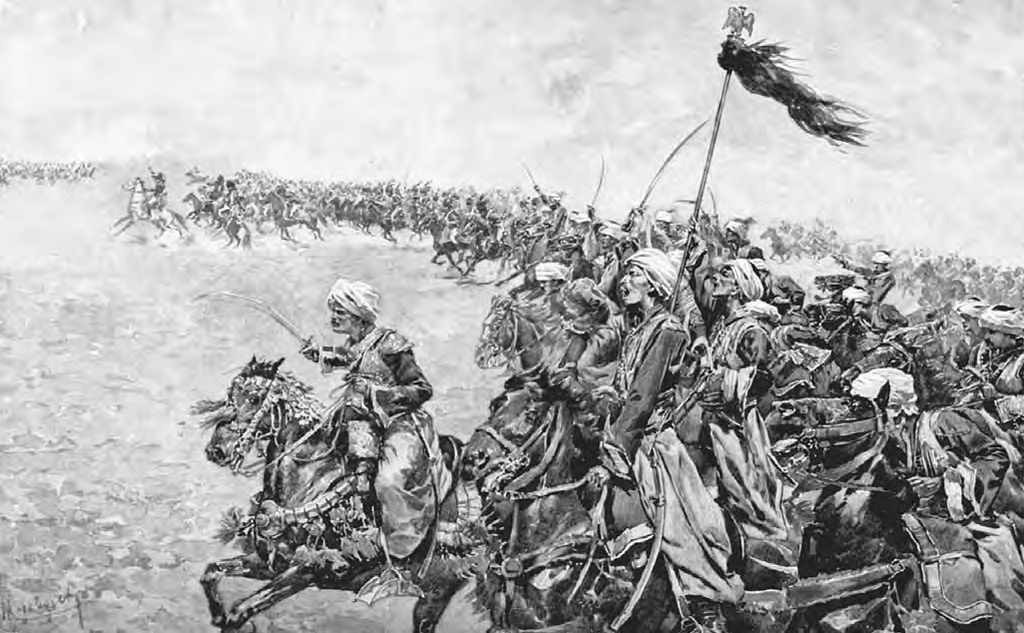 ©
It is because of such an outlook and environment, the Muslim world in contrast to every other civilisation saw large numbers of servants and captives progressing to become scholars, governors, warriors and rulers. The rulers of Mamluk Sultanate were well known for emerging from having been servants and captives.

Islamic history is replete with names of such scholars including Nafi, Ikrimah, Mujahid, ibn Sirin, al-Hassan al-Basry, Said b. Jubayr amongst others.

Their students and other scholars of Islamic studies wrote about the influence they left in the Islamic literature.

Ending of Captives / Prisoners of War

Classical scholars argue the shari'ah does not oppose discontinuation of war captives for the benefit of the people. It is permissible to covenant with the enemy to stop imprisoning each others' captives. If both sides agree, Muslims must not violate it.

"If we agreed with (our enemies) on imprisoning no body from one another, it would not be allowed to capture or kill from them." (Sarakhsi, Sharh as-Sayr al-Kabirm Vol. 1, p. 303)

Ibn Qasim narrated Malik, the founder of the Maliki school of law, allowed the contract between Muslims and their enemies on imprisoning not from one another (Qyrawani, at-Tahdhib, Vol. 3, p. 7).

However, it does beg the question, what should then be done with captives of war? What system should replace the current system? 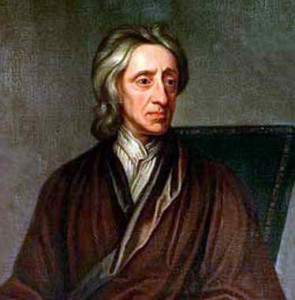 ©
John Locke, the founder of Secular Liberalism, did not consider indentured servitude in Jewish law as slavery as a patron could not arbitrarily kill his servants at whim. This he argued meant the patron was not the true owner of the servant's body, but God, and servants were simply doing 'drudgery' (forced labour) and were never 'slaves'. Given the Islamic rules are very similar to what Locke describes, it is not unreasonable to consider his views would extend to them.

Interestingly In 1833, the British Empire transformed slaves into apprentices, compensating all former slave owners for any losses. They acquired limited legal rights however these did not include respect or equal provision. They were obligated to continue working for their former masters, now bosses, for six years. This was what is famously known as the British 'abolition of slavery'.

"Neither slavery nor involuntary servitude, except as a punishment for crime whereof the party shall have been duly convicted, shall exist within the United States, or any place subject to their jurisdiction." (Amendment XIII Abolition of Slavery)

Prisoners could be forced to undertake labour or face punishment not limited to solitary confinement. Many writers and activists linked the exception to the emergence of a prison system that incarcerated black people at more than five times the rate of white people, profiting off of their unpaid or underpaid labour. The U.S. deemed this the 'Abolition of Slavery'.

The 1949 3rd Geneva Convention (section 3) permitted states to compel captured prisoners of war (POWs) to do work for their captors. This international Convention was signed by post-slavery abolition states like the USA and UK, considered by all Western states not to contradict the abolition of slavery

It is difficult to compare the Western notion of slavery with the Muslim notion of riq (captives of war). Accurate use of terms is important to maintain clarity.

The Islamic concept of prisoners of war is based on the principle of brotherhood. Prisoners in the Islamic context were first war captives and often achieved significant power, knowledge or government offices.